North Lakhimpur is located in the eastern state of Assam in India. The name Lakhimpur is believed to come from the word "Lakshmi", the goddess of wealth. The area mainly relies on agriculture and rice fields. Paddy is called "lakhimi" locally. The word "pure" means "full". Therefore, Lakhimpur means a place full of rice or a place where a lot of rice is grown. In addition, the soil in this area is alluvial and fertile, and crops can thrive without artificial fertilizers or hard work. In addition, there is plenty of fish, meat, vegetables and milk in this area. Others said that the term came from Lakhsmi Devi, the mother of Buyan Raja, a descendant of King Arimatta. According to the Governor's announcement, the area was named Lakhimpur District. In 1971, the district was reorganized into two districts. Dhemaji and North Lakhimpur.

North Rahimpur is the district headquarters of the Rahimpur district of Assam. It is located in the northeast corner of Assam. North Rahimpur is the main trading center for the people of the eastern part of Arunachal Pradesh. The main attraction of this place is its natural beauty. Forests and rivers create a typical Northeast atmosphere, full of greenery, tranquility, and peace. Several historic temples are also attractive tourist destinations. The Prabha or Melroy Sanctuary in the Lakhimpur district covers an area of ​​49 square kilometers. This reserve was established to protect wild buffalo. Leteku Pukhuri, 15 kilometers away from the city of North Rahimpur, is called Leteku Pukhuri (Pukhuri means lake). Narua Satra was built by Damodar Aata, grandson of Srimanta Sankara Deva. This satra is located in the northeast of Dhakuakhana. Sri Basudev Than is a famous ancient temple in Assam. Phulani is located 35 kilometers from North Lakhimpur and is another sacred place in the Lakhimpur district.

Excursions From North Lakhimpur By Drive 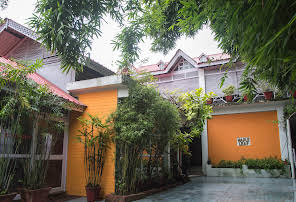